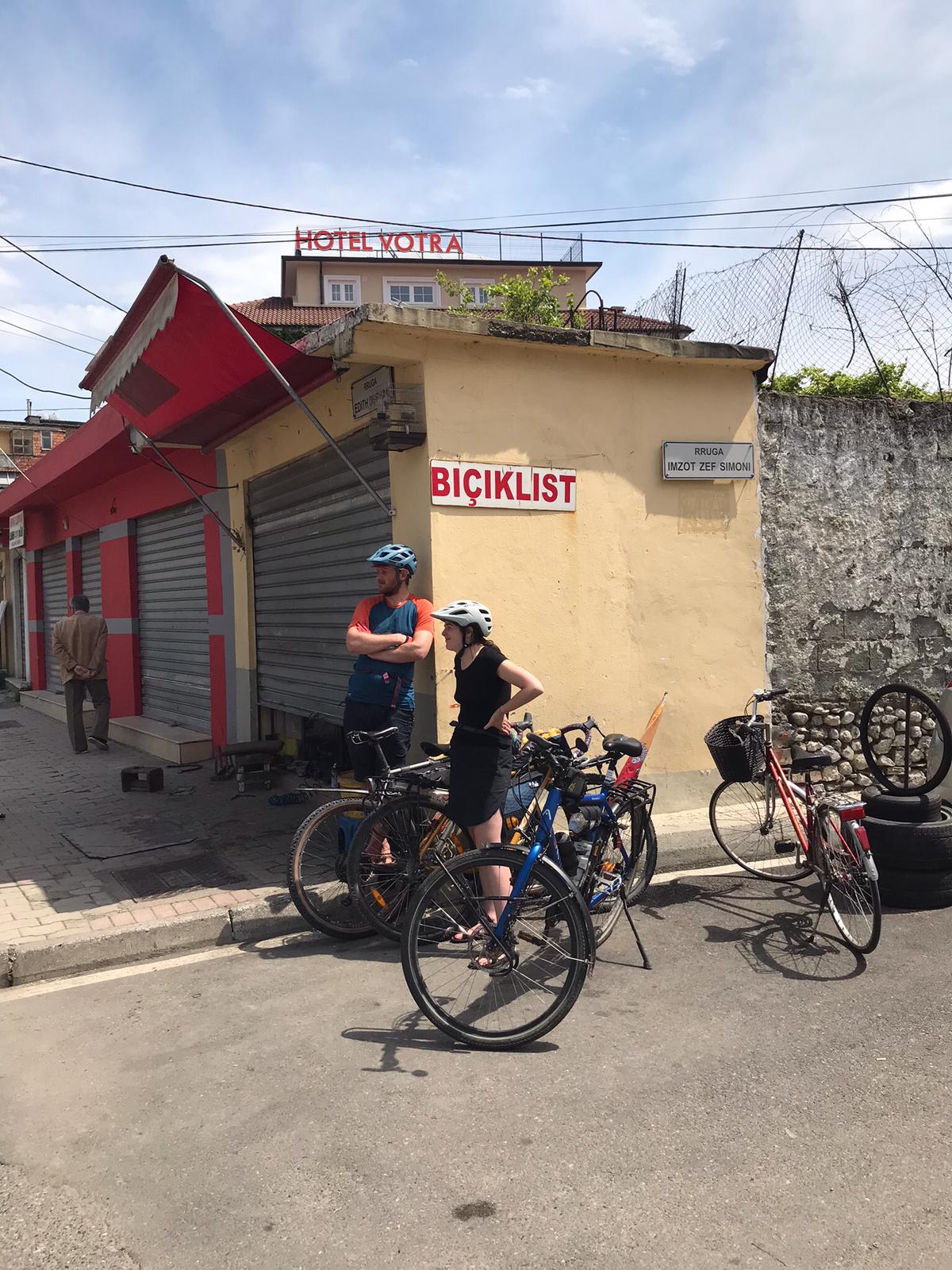 They sat on a bench, looking over the lake of Shkoder and enjoying the stunning panoramic view. I parked my bike next to the bench and said: ‘Hi’. The guy said – with a little disinteresting undertone if you ask me – ‘hi’ back. The woman was more chatty and introduced herself as Laura and told me about their travel plans: they were riding by bike from Slovenia to Corfu. We talked a little but not feeling a click, I decided to go. Even with all my imagination I couldn’t foresee how Laura and Jakob would grow on me in the coming days.

What happened? A few kilometers further along the same panoramic route, I met Heinz and Sophie, two Belgian cyclists traveling on their self-built bicycles from mainly second hand parts. They were going the other way, up north. And while I was talking to them, Jakob and Laura showed up again. The five of us decided to camp together in a field behind the little bar that also happened to be a camping.

That evening, we talked about the normal things cyclists talk about when meeting upon each other: the bicycles we ride, the gear we carry (according to Heinz, a dog shower is the most valuable thing he has with him; according to Jakob, it is his credit card). But we also talked about Thoreau and his philosophy, about Jim Morrison, Gorki and why the lights on the other side of the lake flicker so much.

I started to like Laura and Jakob because I noticed I could learn a lot from them. The next morning we said goodbye to Heinz and Sophie, wished them a safe journey and the three of us decided to travel together to an eco-social farm just outside Shkoder, the bicycle capital of Albania. We stayed there for two days, relaxed, wrote, painted, met an enigma called Martin, experienced the pleasant chaos of the Albanian roads and the city, tried every strange candy bar we could lay our hands on (therefore both their nicknames: Winergy and Luna are names of candy bars, mine being Bobby Breakfast) and would continue traveling together for another week.

What these two wonderful people learned me: