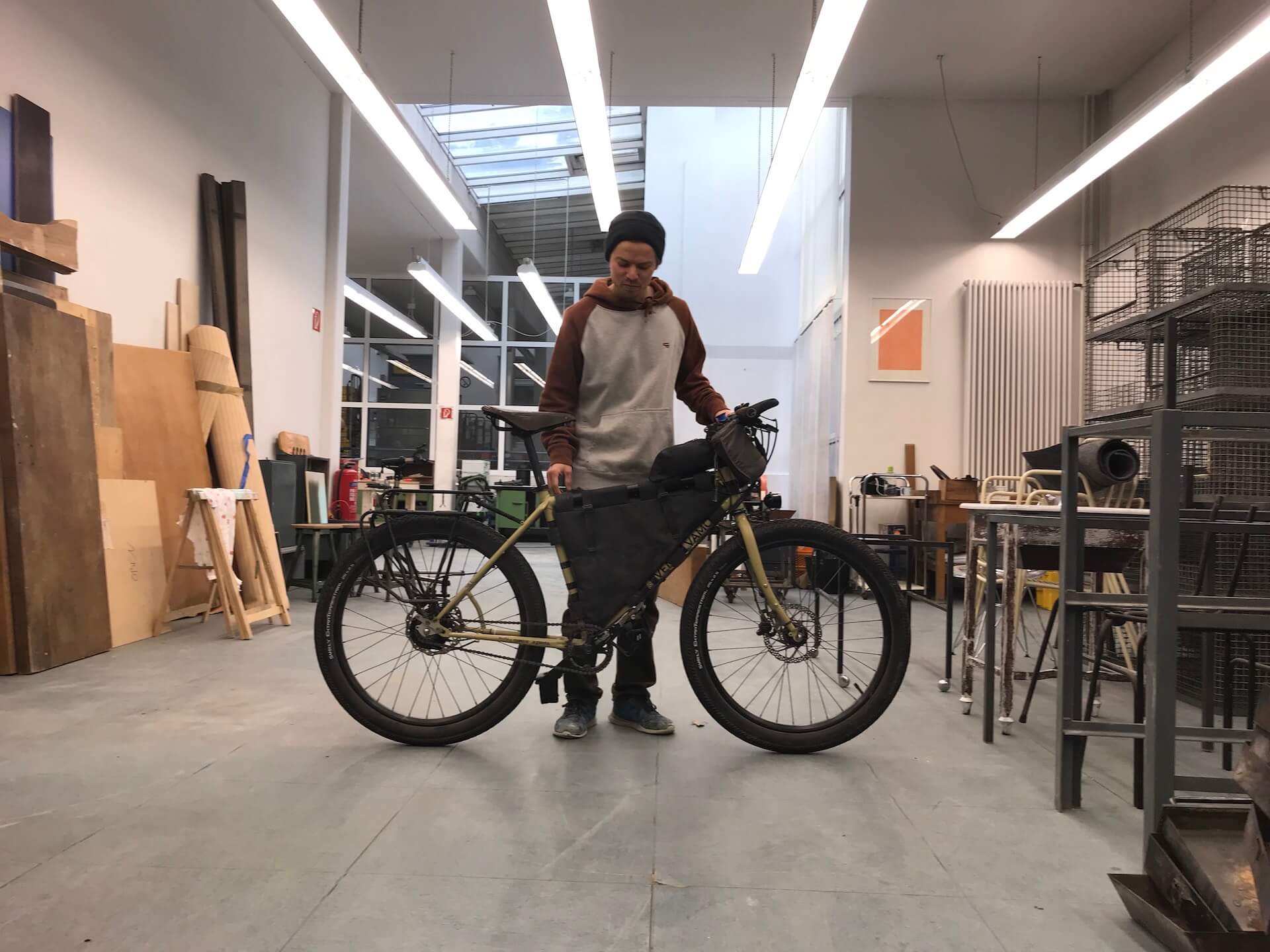 It rained and it must have been cold, very cold. Why? Because it snowed and we stayed for two whole days in Buhl, Germany. In a former post office where fellow cyclists Silvan and Isaura live. They met each other on a bike journey in Latin America, traveled that continent by bike for several years and are now living together in Europe. Not only did they share everything they had with us, they also provided Guido with some helpful basic insights about the mechanics of the bike.

Guido listened carefully and Silvan showed him how he could change the whole setup of a bike that looked a lot like me. The craftsmanship, the smartness, coming up with creative solutions, it was all there. And there was even more: Isaura and Silvan were able to give us a glimpse of what in my opinion is the right travel rhythm, how to give back to the people on the road in a beautiful way (baking chocolate cookies and make small bikes out of buttons and iron wire) and – with the help of the family of Silvan (Clarissa, Sonja and Wolfi) – some useful information about a possible route through Turkey, Georgia, Iran, Pakistan and India.

Some interesting things we learned during the stay in the Schwarzwald: