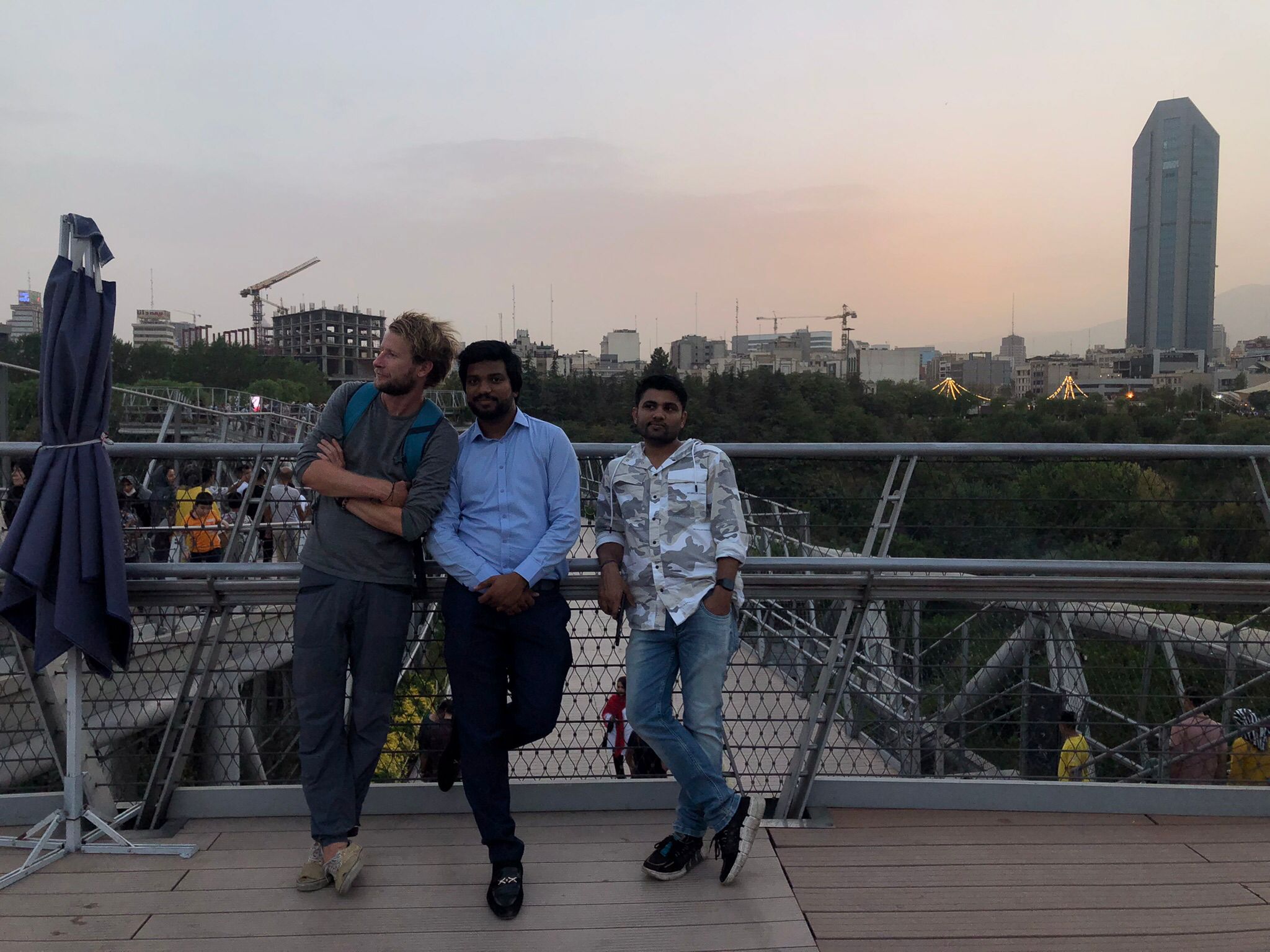 Saeed, the smiling Prince of Pakistan. Raghu, the lost Guru from India. From a geopolitical perspective, an unlikely couple. But how these two fit one another. Douwe, a friend who had joined to explore Iran, and I met these two wonderful young men in a hostel in Tehran. Since they were merry men, and they knew the talk of the Iranian streets, we followed them through the narrow alleys, numerous subway stations and packed traffic lanes of the capital city.

Saeed, an entrepreneur in the interior design business of Dubai and also restaurant owner in Islamabad, was a busy man. While trying to get a hold on 10 million liters of Iranian diesel (I don’t know why a restaurant owner or an interior design businessman is in need of 10 million liters of diesel, but what do I know?) or offering a soul searching hostel guest a new job in one of his enterprises, Saeed always found time giving instructions where to go, what to do, how to take the best group picture, etc. Raghu, his compagnon, working in the virtual gaming business, being the more observing of the two, wisely ignored Saeed half of the time, leading us skillfully from one highlight to the other.

During the day, it was simply too hot in Tehran to do anything besides seeking refuge in the big bazaar, a palace garden or a museum with air conditioning. It was when the street lights turned orange that Saeed, Raghu, Douwe and I went roaming the streets and subway lines. Because of our different backgrounds, the four of us were some kind of an attraction in Tehran, drawing what I would call ‘substantial’ attention. People waved, smiled, winked, sneaked up on us, wanted to talk, wished us a pleasant stay and forgot about personal space. It was sincere attention and genuine curiosity so no effort was spared, either by Saeed, Raghu, Douwe or myself, to repay this attention and curiosity with patience, explanations, smiles and a few words of Farsi when English was no option.

Here’s what I learned from Saeed and Raghu: