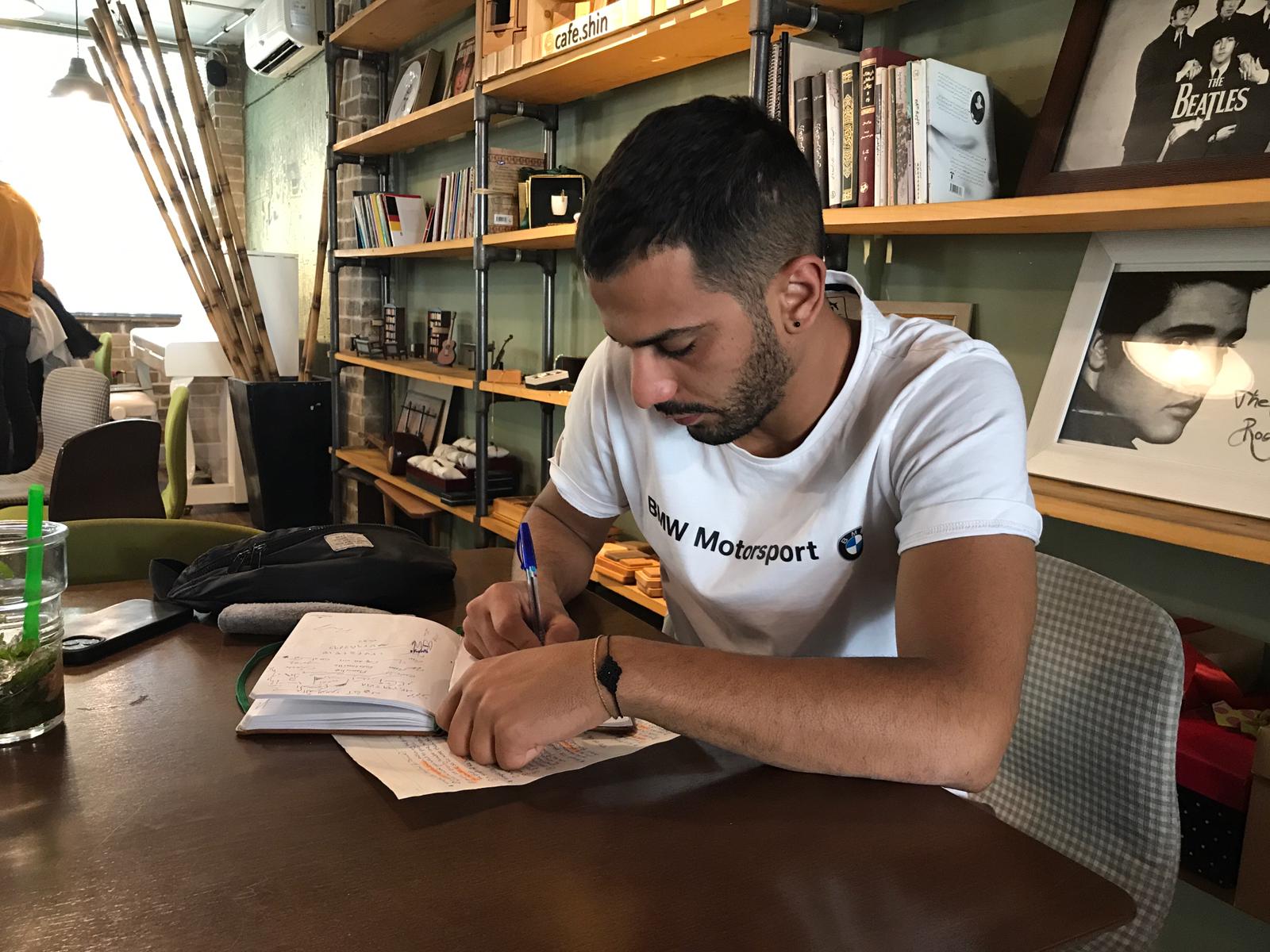 By guido9 oktober 2022No Comments

Who is this friendly Persian blooded enigma? Let me try to explain. You will not come across many people that are more curious or are more driven by an urge to discover and explore than Navid. One can safely say he is one of those persons whom you call the embodiment of wanderlust.

So in hindsight it wasn’t a surprise that it was he who said ‘hello’ when I was eating breakfast with my mom in Tbilisi on her last day in Georgia. ‘You are traveling by bike? Where are you going after here?’ I told him I was planning on going to Armenia, Iran, Pakistan and further. ‘Really? I am living in Shiraz. You should come and visit me. I can show you around. I am a tour guide. You can also stay at my place.’ How can one resist such a kind offer? I couldn’t, so when Shiraz popped up on my navigation, I steered Ziggy through the busy streets of the evening’s traffic jam to a coffee shop where he was keeping an eye on the day-to-day-business for a friend. ‘Hiiii,’ he shouted from the sidewalk. It was the beginning of what would grow into a sincere friendship.

As an experienced traveler himself and someone who knows the talk of the streets, Navid helped me and many fellow travelers before me – through his own knowledge and a vast network of warm friends and good-humored Irani – get around in Shiraz, one of Iran’s biggest cities and former capital. He and his whole family made me feel quickly at ease in the city filled with easy-going and relaxed people.

Using a disarming joke, one of his many friends, a sly smile, a quick talk, his creative or his quick thinking mind and there we went on a small late night adventure. He showed me the Iranian culture in a way few can do.

Besides becoming a friend, I also found out he is a modest yet incredibly talented photographer. He loves telling and sharing stories through photos, never backing down – persevering where others stop. The pictures he shoots of the barren, rugged, empty landscapes of his beloved southern Iran and of the people living there – my, oh, my – they wouldn’t look out of place as an entry for the world press photo. You are going to hear of him and his camera, I am sure of it.

Here’s what I learned from him: