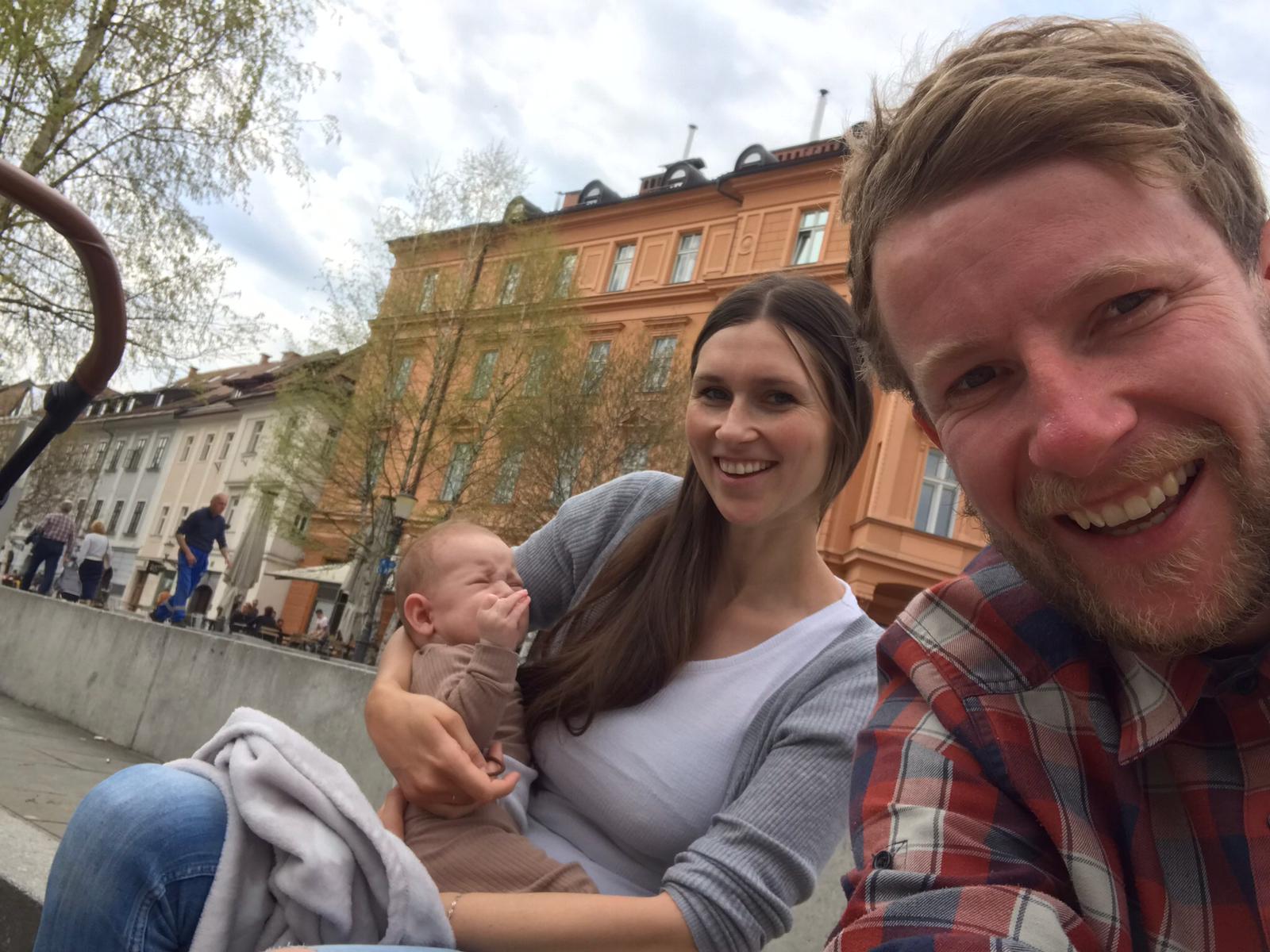 It was a little gamble, messaging someone who I had not spoken to in a very long time – just two days before upon entering Ljubljana, the city where we met some fifteen years ago. I learned who Hana was during an exchange between our high schools. And when the Slovenian students on their turn visited the Netherlands, we had a wonderful closing evening together. I am not gonna lie, I was head over heels in love and had not felt that confused by someone before.

So it was quite an understatement saying a strange feeling grew inside of me when I got a reply from her: we could meet the next morning at ten. Instantly questions rose. Is this really going to happen? What was going on in her life? Was she still that person with that disarming smile and that merry character?

The next day, I sat down at the place where we would meet and started writing some postcards. Thinking about what to write on one of them, I heard a careful ‘Hi’. There she was, pushing a baby car with one hand – carrying a newborn child in the other. I would have recognized her right away, on any given busy square in Ljubljana. She had not changed much. We embraced and sat down for a coffee.

During this trip I have had the pleasure so far to meet many wonderful strangers. In the beginning it struck me as rather remarkable how easy it is to become friends and have very deep conversations. Apparently, this is also the case with old acquaintances: we chatted away, strolled through the city, sat alongside the river and told each other what was going on in our lives.

A few months ago, she had given birth to her second child, Vlad. She radiated a carefulness that, in my opinion, only young mothers can radiate. She still lived in Ljubljana but no longer in the city center, worked for a university and she had a beautiful family of her own. While thinking about everything she said, I told her about the journey ahead and why Ziggy’s colors were blue and orange. She told me that there was a place dedicated to the kingfisher some twenty kilometers outside Ljubljana.

Too early, I thought afterwards, I said I had to go on the open road again. Of course to the place she mentioned but it was closed. I climbed the fence but couldn’t find a kingfisher. Life ain’t a fairytale. For the rest of that day I thought about the different paths we both had taken, started cherishing the opportunity I got to see her again after such a long time and eventually felt good: I was living.