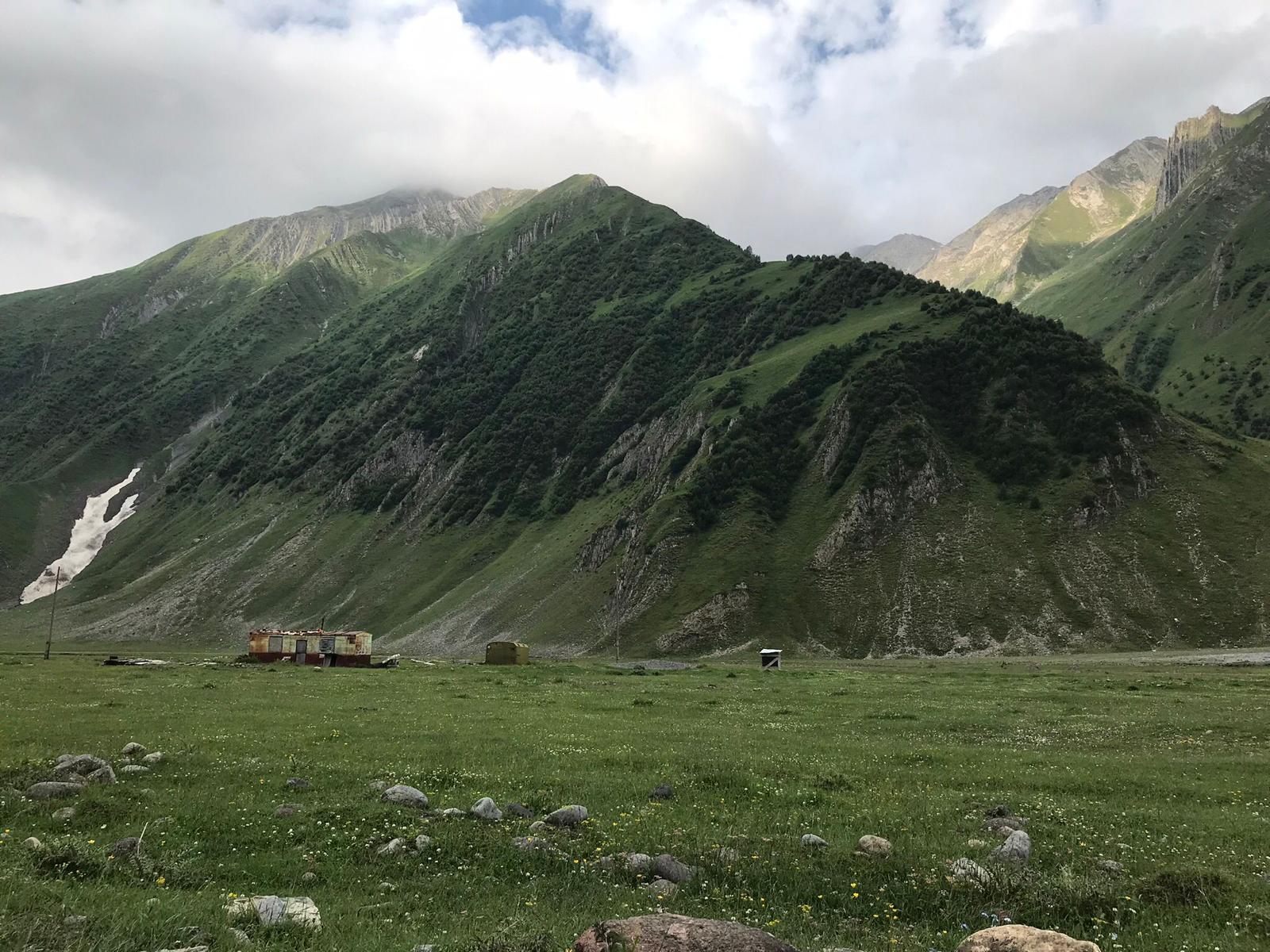 Thursday, 29th of June, Tbilisi, Georgia. My mother had just arrived for a pleasant visit and we were eating at Velyaminov, a traditional Georgian restaurant in the old city, when a British sounding tornado flew down the steps. ‘Hi, I am Dave. Nice to meet you. And this must be your mom. Hi, I am Dave. How is the food? Good place, isn’t it?’

My cousin Jules, whom you read about earlier, gave Dave the honorable title of ‘tornado’. He had met him during his travels through northern Georgia (go see Mestia if you get the chance). Three years later, Jules was back in the Netherlands but mountaineering Dave had fallen in love with the Georgian people, the city and above all, the mountains of the Caucasus. So he stayed, met Qeto, a talkative, funny, kind, very knowledgeable tour guide and adopted Kira, a beautiful stray dog.

While my mother and I were eating some tasteful lobio and khachapuri, Dave invited me to join him and Kira the next morning for a early walk. I joined Dave and Kira, met Qeto after the walk and got an irresistible offer to live under their roof in downtown Tbilisi for the period after moms had returned to the Netherlands (I had planned a short break in Georgia). I could stay as long as I wanted, a full belly and big smile when leaving were guaranteed. What else could you wish for? Exactly, nothing.

They shared whatever there was to share: all the good restaurants, bars, local beers and sightseeing places in and around Tbilisi, the experience of climbing the slopes of Kazbegi (the same mountain, according to the old tales, chosen by Zeus to pin Prometheus to), their convenient apartment, their cooking secrets, numerous facts and figures about Georgia, many travel stories and the occasional relationship struggles.

What you should know before telling you the learned lessons: Dave is a tutor and helps children back in the UK with learning. He is very good at his job so here and there he uses his didactic methods, clear cut instructions and teaching style outside his sessions as well. Logically, I learned a lot. An enumeration.