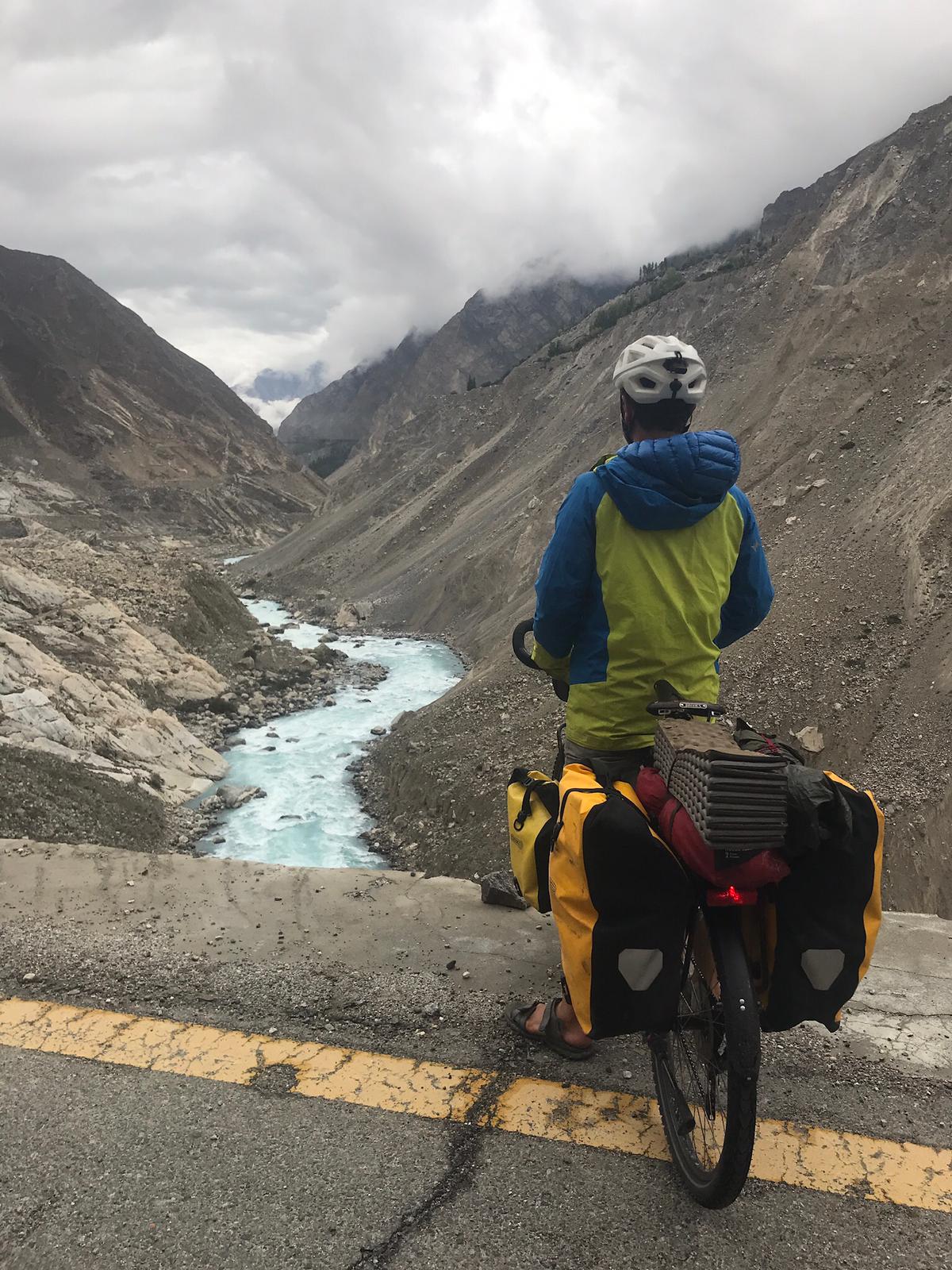 No matter what will happen down the roads that are left to be ridden by Guido and me, our cycling adventure will forever be intertwined with the journey of Chris Cross and Burrito. Meeting in Tirana, by coincidence bumping into them in Ioannina, riding together through central Turkey, a quick catch-up in Tbilisi, sharing the roads in between Shiraz and Bandar Abbas and traveling together through the whole of Pakistan, their company was on of the few constant factors in the last six months.

Therefore both Burrito and his rider deserve to be mentioned twice, at least. Since I talked about rider Chris Cross already and his caring, organizing, thoughtful and good-natured character didn’t change a bit, it seems to me the right thing to pay some attention to his loyal camarado this time, Burrito.

A showroom model by origin, chosen by Chris Cross because he was the only one left in the bike shop and he couldn’t wait hitting the road, sturdy Burrito has been carrying his rider and all their stuff from France to Nepal, without any complaining if I am not mistaken. If you would ask me, Chris found a fitting name for this rather small but tough bicycle. The old proverb “adventavit asinus, pulcher et fortissimus” (meaning something like: and here the ass [donkey] arrives, beautiful and brave) is more than applicable for the small, dark green two-wheeler who is named after the Spanish word for donkey.

What Guido and I learned further learned from him and his optimistic rider: