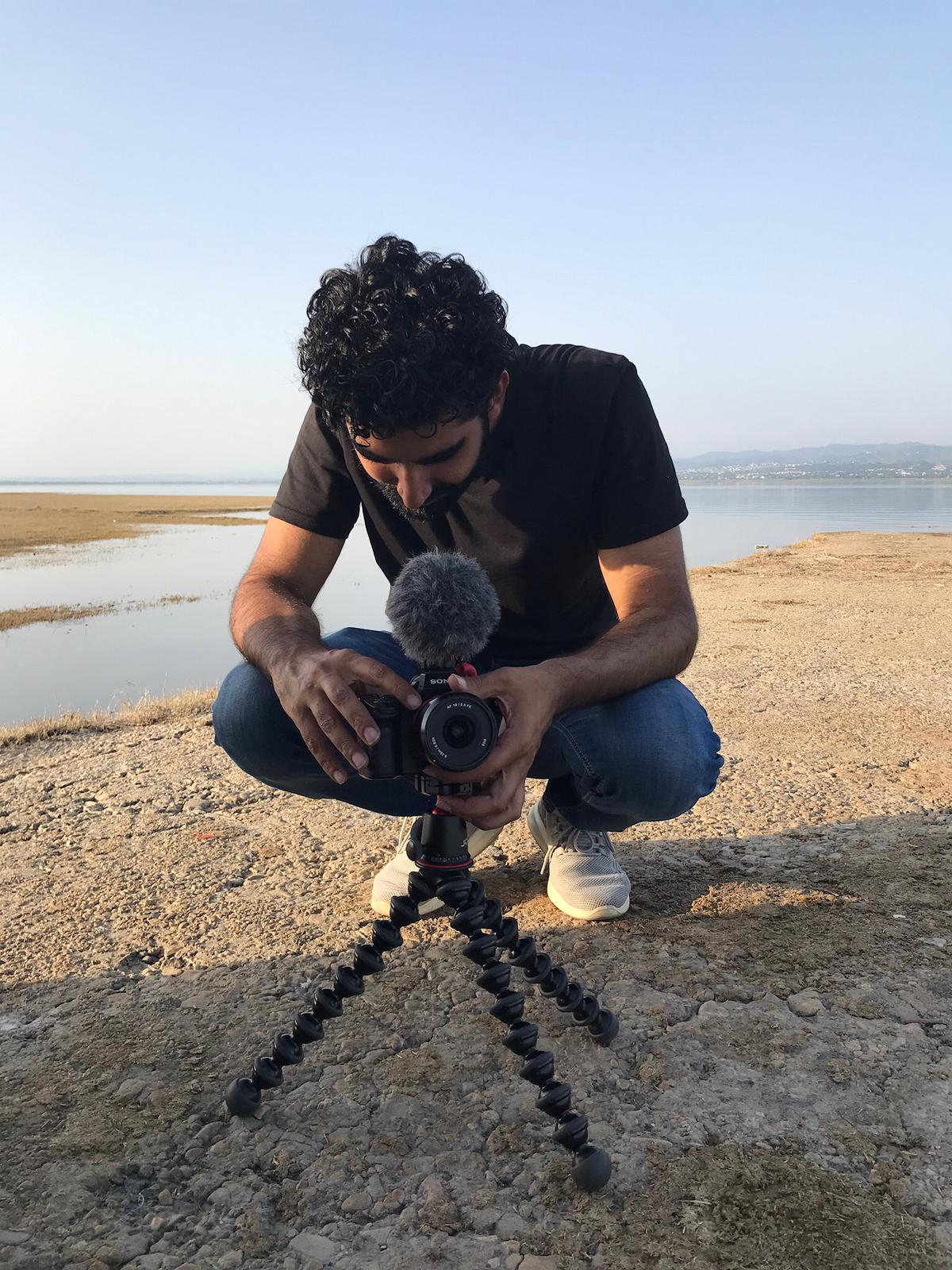 The Karakoram Highway is a highlight on its own but it got real special because we met an extraordinary journalist. Atzaz, a multi talented freelancer who, among other things, shoots, interviews and edits short movies and documentaries about traveling in his beloved Pakistan, was suffering from kidney stones when he asked Antoine and me who were just passing by if we would like to share our traveling experience of northern Pakistan. This, and the fact that he was living in his Suzuki Swift for the whole trip he was undertaking, mark his determination and perseverance to inform people about traveling in Pakistan.

It goes without saying that Antoine and I gave the interview (see the result by clicking on the following link: https://fb.watch/g3NzAWYMA2/). What goes not without saying is how I ended up staying in his home city of Mirpur a week later. Since I had to wait for over a week before receiving an Indian visa and Atzaz invited me to visit another part of northern Pakistan, I went to the state of Azad Jammu and Kashmir.

Normally foreigners need a permit to enter this border state that has a long history of conflict with neighboring country India. Nevertheless, without a permit and with an overdue Pakistani visa, Atzaz and his cousin smuggled me behind the border post. I was happy they were able to get me in: Mirpur and its surrounding area are quite different from what I had seen so far. Furthermore, Atzaz and his family members took care of me in a way, it was humbling and all a tired traveler needs after cycling the Karakoram.

I stayed in one of the many big houses that are not inhabited most of the time because the owners moved and live in the UK. Every day a delicious meal, time to read and write, watch the Pakistani play cricket, a tour to the Mangala lake, live traditional music, an introduction into all kinds of new sweets. I even received a beautiful turquoise amulet (husseini feroza) for a prosperous continuation of my journey from Atzaz’s extremely friendly brother Waqar. The hospitality and friendliness were so special, there were moments it made me feel uncomfortable, not knowing how to respond to such kindness.

I learned a lot about Pakistan and its inhabitants through Atzaz, his mother, Waqar, Hassan, Ash, Sheer and all the others. Here’s a short enumeration:

I would meet Atzaz again in the Pearl of the Punjab, Lahore, where he lives with his wife and family in law. In the short time we had, he showed me an extraordinary city: splendid buildings and monuments all covered under a thick layer of smog, bustling traffic lanes, people coming from various walks of life sharing the narrow alleys of the ancient city center in an easy-going manner, sizzling food in frying pans everywhere, the smell of the bread baking ovens where a constant stream of chapati emerged from, the open sewage, fifty shades of brown, orange drinking water barrels, countless charpois, beggars, free roaming cows and goats, hundreds of power lines (some on eye level) meeting in street corners looking like cobwebs made by a confused spider and so much more, it was magnificent in all its glory and filth!